Web Is Going to Get Faster With HTTP/2 Protocol 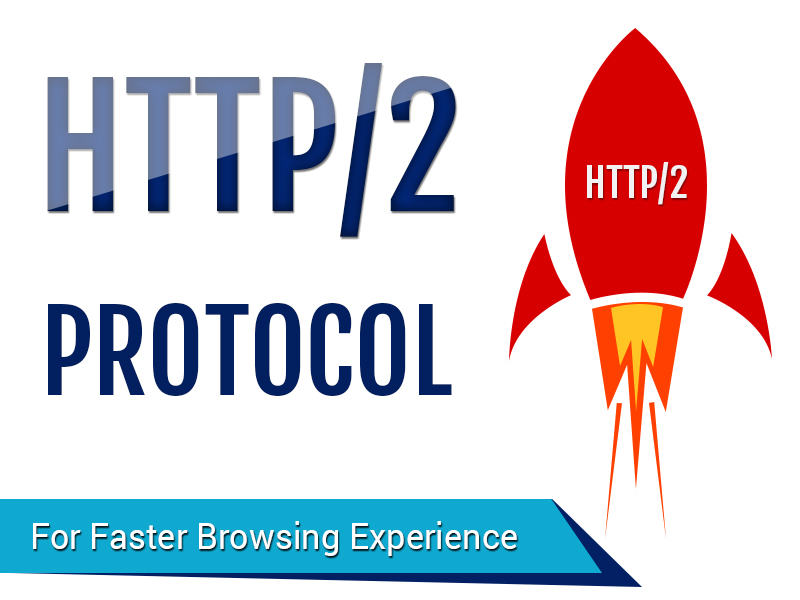 Internet is about to enter a new era of technology with  introduction of the new HTTP/2 protocol. We have been using the last update for more than 17 years and lots of things have changed in these past two decades. With every passing second of time, technology has created demanding users and heavier sites. And, speed is considered as an utmost factor that enhances the user experience.

Lots of servers have already started to adopt HTTP/2, so to keep with the pace of technology we have to understand some important things about this significant change. Let us look into the basic details of this interesting change and how it can affect our online business.

As online business fanatics , all of us are aware of the term HTTP( Hypertext Transfer Protocol). The HTTP/2 is an updated version of the old HTTP which is based on Google’s SPDY protocol. The HTTP/2 was designed to enhance browsing speed and performance.

HTTP was first introduced in the year 1991, and we are currently using the HTTP/1.1 version which was defined back in 1999. Developers from all across the world were eagerly anticipating the next update. And in 2015, IETF formally considered a draft of HTTP/2 and the initiative steps were taken to adapt a new HTTP protocol.

Why should I care?

The introduction of the new HTTP/2 protocol a big deal for people who are into the world of internet. With the new HTTP/2 things are going to be exiting, browsing experience will be light fast and a bunch of new functions will be introduced to everyone.

Since the last HTTP protocol update, sites have changed drastically. Compared to sites that were in action 20 years ago, sites today have tons of graphics and data leading to a longer load time. According to Daniel Stenberg, “When looking at the trend for some of the most popular sites on the web today and what it takes to download their front pages, a clear pattern emerges. Over the years the amount of data that needs to be retrieved has gradually risen up to and above 1.9MB”

Hence, the HTTP/2 was designed to eliminate hurdles and offer an enhanced browsing system which is compatible with the needs of our time.

Let’s not plunge into the technical details, instead let’s look into a simplified overview about what this latest update has to offer.

With the new HTTP/2 users will be able to send multiple requests at a time. This function allows the user to reduce time pressure, handle the request that are sent and received, enhance user experience and decrease the load time of the page.

Till date people are into HTTP/1.1, this update allows us to handle a single request at a time, which automatically leads to a series of additional requests and slower connection. What’s more, a page load used to require several connections, while HTTP/2 solves both challenges with multiplexed streams and the use of just one connection while a site is open.

These lead to a cleaner and faster connection, improving latency, which is expected to be highly appreciated.

Server Push is designed to save time and offer an effective interaction with your client. You’ll have a server that will recognize your client’s next request and provide additional information before a blink of an eye.
With the new HTTP/2 protocol you don’t have to wait for Javascript and images. The server will offer faster data transmission by automating “push” responses.

HTTP/2 is smart than the previous updates. The prioritization function allows the server to understand the importance of each element. First priority will be given to the most important requests. The browser will look into the data and suggest what requests are to be placed on the prior list, and the server will make the final decision.

HPPT/2 enhances the sites loading speed by converting data into a binary format – your computer’s original language. This will eliminate the requirement of encrypting text languages into binary protocols. Offering a hassle free operation and more effective results.

The new HTTP/2 allows you to compress the size of the headers, allowing you to reduce the round trips required for each request. This function is specially designed for mobile browsing because in mobile devices it’s hard to determine your page’s assets and latency.

Is HTTP/2 currently in use?

HTTP/2 hasn’t been yet announced as the standard protocol for web but its increasing popularity has managed to grab attention of many web users. 6.6% of total website use HTTP/2 protocol, and its interest is growing month by month.

Studies have also shown that the HTTP/2 protocol is supported by 71% of the total browsers including Firefox, Chrome and Opera. According to Mark Nottingham, ” It’s just important to remember that HTTP/2 is an infrastructure upgrade for the web, and as such it’s going to take time to see the full benefit. That said, there’s still considerable benefit in adopting them now.”

Some of the monster sites on the web have already started to adopt the changes. AS HTTP/2 is quite similar to HTTP/1.1, most users won’t be able to identify the difference except for the speed and performance. And eventually, more and more sites will adopt this fascinating change, and we will be able to enjoy a swift navigational experience.

5 Simple Tips to Enhance Your Business

An Untapped Goldmine: Mobile For Business